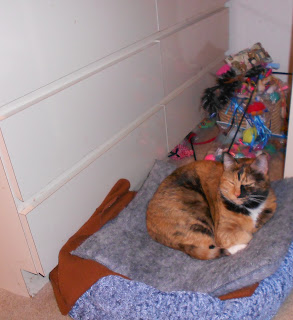 I know the title might be misleading but it is not me who will be
getting Sunbeam Therapy.  Mom is happy to finally be getting
treatment for her cancer.  It will be starting January 4, 2012
for three times a week it is a whole lot to do, but worth it.
Mom also will be taking horsie pills to help to fight the bad
cells, through they say the sunbeam will probably be For-EVER.
This will be a really, really long time for Sunbeams. 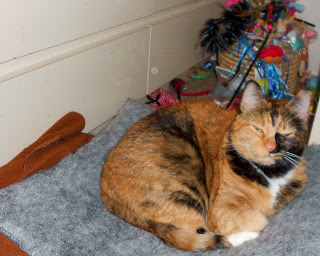 Mom is happy to get to this step as it was so long that
it took to get all the doctory stuff.  She said that it is
good that through it was rare it was slow and that so
far it is only the skin that is trouble and now it will be in
control with the Sunbeam therapy.
*It is not really sunbeam, but a light box with special
rays that will fight the icky cancer t cells. 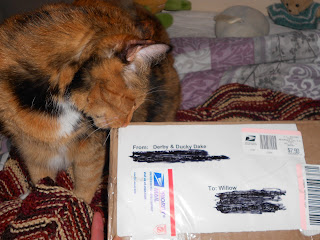 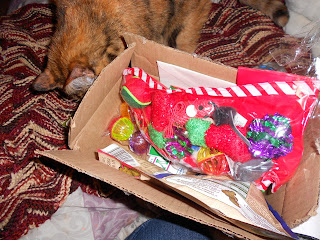 Mom opened it very quickly as I tried to get under
the box to open it up.  She had put it on the bed and
I was pestering her so she got her key and used the
box skillz to open it up real quick to get a look at what I got. 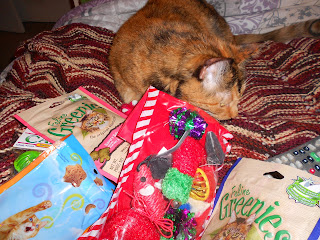 It was a whole lot of treats of Greenies and Crispies
as well as a few different types of toys including a
stocking of  a multitude of different mousies and balls
in that one stocking. 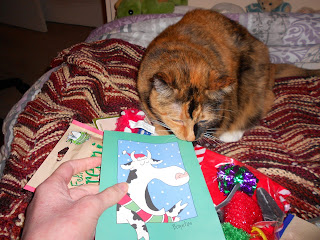 The card was the part that I was most interested in
as I wanted to learn more about Derby and Ducky.
It was a very cool card that I could not resist and
took from Mom when she gave it to me to sniff. 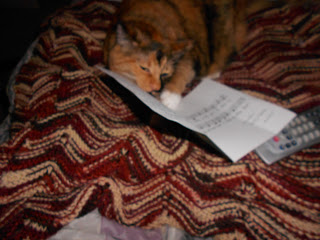 It was nom.  I read the card and found that Derby was
an original blogger.  I am happy that I pawed at Mom
to do  Secret Paws even when she was very busy as
this was a chance to make some more blogging furiends 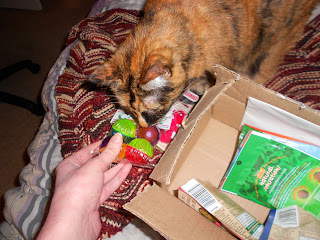 After all this inspection Mom put the Secret Paws stuff in the box
to be put away in the cabinet and my toy "box" bucket.
Posted by Willow at 12:01 AM 24 comments: 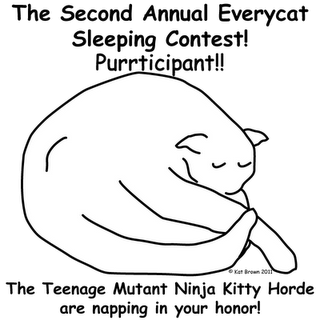 My Mom let me check in on every kitty to know
that we are all right. I was able to visit a little, but not
comment as Mom was super-duper busy with everything.
I keep every kitty in my mind even though there was no
time to do things. 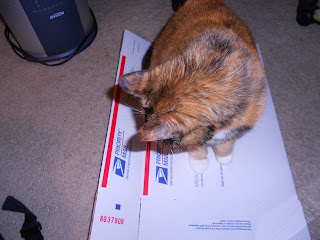 I have helped my Mom very much during this time
with purry good soopervision of getting the right shipping
box for my Secret Paw that I will get her to send at
the end of the week.  I have also done other inventory. 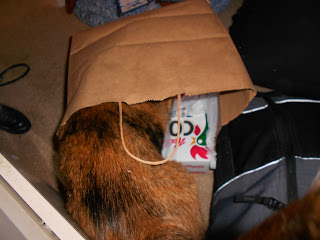 I look into every package coming home and give my
seal of approval.  I hope soon Mom will let me comment
as things should be easier for a little bit of time.  I am
purry excited about this time, but until then I will
purr with Mom to encourage her to get things done.
Posted by Willow at 1:38 PM 19 comments: 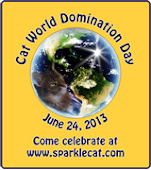 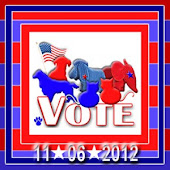 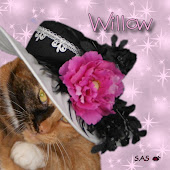 Thanks Sammy, Andy, and Shelly's Mom

The Next Big Thing

Arrg I'd Be Posting 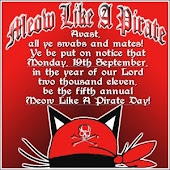 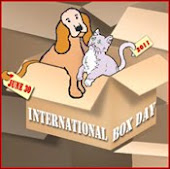 Disable to Help the Disabled

Willow
A 10 year old tortie that was adopted from Purrfect Companions on June 25, 2004 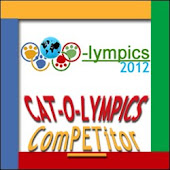 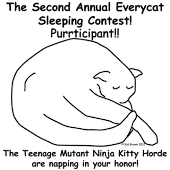 The Ladies of Autumn